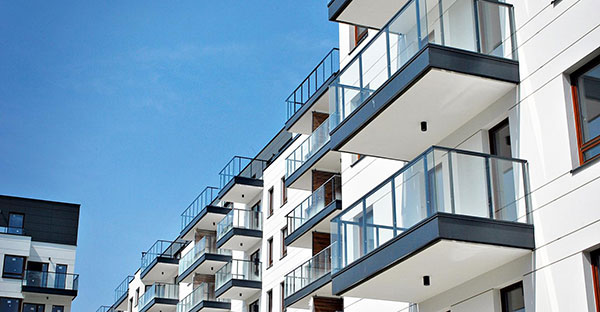 This article originally appeared in NREI on June 21, 2019

In spite of fears of a slowdown, apartment rentals will continue to see outsized demand for a long time.

Apartments have been the darling of real estate capital markets for the past seven-eight years. This deep into an outstanding run, some investors have begun to worry if the clock is approaching midnight for Cinderella. However, an examination of underlying demand dynamics suggests that the U.S. will require an extraordinary number of rental units over the next five to 10 years, even beyond. If supply remains in check, the following long-term lifestyle and demographic trends should allow apartments to remain the belle of the ball for some time to come:

Over the past decade, the U.S. has added nearly 10 million renters, the largest 10-year gain on record, as home ownership fell to a near-record low of 64 percent in 2018. The number of occupied apartment units rose by 20 percent over that same period. Over the next decade, the U.S. is projected to add another 10 million households, many of which will be rental households for the reasons explored below.

This year is projected to be the year in which the millennial generation (persons aged 23 to 37 years in 2019) surpasses the baby boomers as the largest living generation. This generation roughly coincides with the age cohort (20-34) which accounts for the largest share of home rentals. Nearly 30 percent of people in this age group were renters in 2018. This population of prime renters is expected to grow from 68 million today to nearly 70 million when its growth peaks in 2024.

The U.S. Census Bureau projects that the nation’s population will reach 404 million in 2060, reflecting an increase of 79 million from 2017. Of this number, a whopping 75 million are projected to result from net immigration. Without these immigrants, the Census Bureau projects the U.S. population to grow by less than 4 million. The racial and ethnic groups that make up the largest share of immigrant populations have significantly lower home ownership rates than non-Hispanic whites.

Millennials and their recent predecessors have been getting married later and delaying children in favor of careers and improved financial security. Single people are much more likely to rent apartments than married persons, and the same goes for the childless vs. parents. Over the past decade, the single population has risen by 15 million, with 2014 marking the first year in our nation’s history when unmarried adults began outnumbering the wedded. At the same time, despite a decline in the overall divorce rate, “gray divorces” are on the rise. Among U.S. adults ages 50 and older, the divorce rate has roughly doubled since the 1990s. Unlike younger persons who divorce, older divorcees are less likely to house children and, thus, are more likely to rent apartments. In fact, many of these divorces are precipitated by children leaving the nest.

The struggle to make ends meet for many millennials—part of the first generation which is forecast to see its real wages fail to exceed those of their parents—has a profound impact on housing choice. Many are unable to amass the down payment necessary to purchase a home, particularly when saddled with large student loans. Nationwide, student loan debt outstanding has tripled over just the past 12 years from about $500 billion in 2006 to $1.5 trillion in the third quarter of 2018. Today, the prototypical millennial has a negative net worth and, partly as a result, first-time buyers now represent only 30 percent of all home purchases, down from the long-term average of 39 percent. Naturally, this is good news for multifamily landlords, at least once the millennials leave their parents’ house.

Demographic trends such as these move like ships. They are inexorable in the medium term and turn slowly. Thus, while an increasing unit supply may impact pricing in the short run, the long-term demand picture should keep wind in the sails of apartment investments for some time to come.