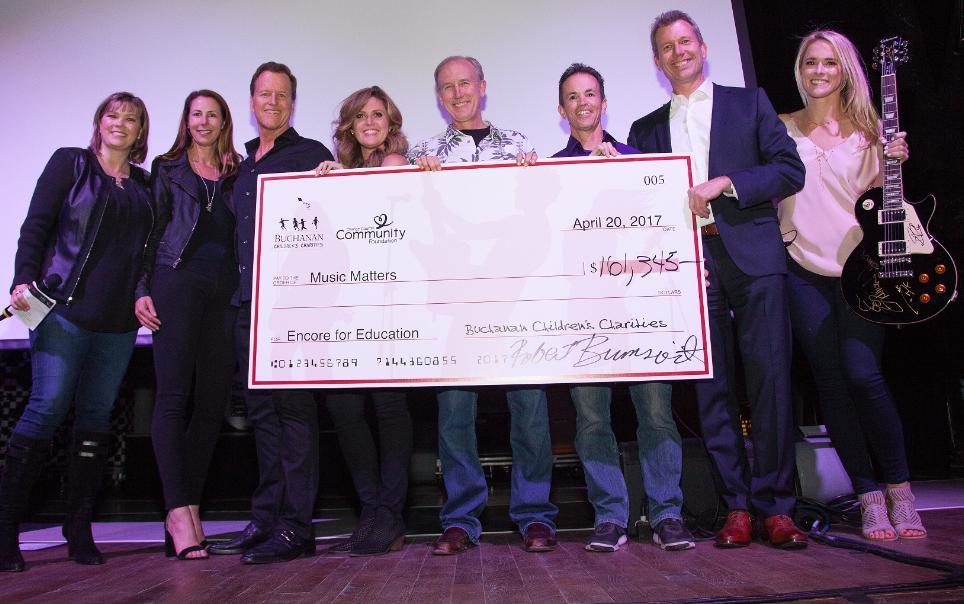 Since inception, Encore for Education has raised more than $805,000 for Music Matters and this year’s concert will feature LA-based Fitz and the Tantrums.

In 2017, Encore for Education raised more than $160,000 to benefit Music Matters and restart music programs at Orange County public schools.

Buchanan Children’s Charities was established in 2007 when the principals of Buchanan Street Partners formally established the firm’s philanthropic arm, which is dedicated to fostering better educational systems, teaching fiscal responsibility, supporting children and student philanthropic initiatives and encouraging employee volunteerism. As of the end of 2017, Buchanan Children’s Charities has donated over $2 million to children’s charities.

Last year, at the fifth Encore for Education, the charity raised more than $160,000 to benefit the initiative and the event featured a live performance by Rock and Roll Hall of Fame band, Cheap Trick.

Since inception, Encore for Education has raised more than $805,000 for Music Matters. This year, the concert will feature LA-based Fitz and the Tantrums, which is known for its explosive, no holds barred live shows.

Encore for Education 2018 will be the sixth concert hosted since the charity’s founding and past bands to perform have included Cheap Trick, Goo Goo Dolls, Third Eye Blind, Crosby Stills and Nash, Gin Blossoms and Blues Traveler.

Get involved by purchasing a ticket for the October 11th show. Sponsorship opportunities are also available and include group ticket packages, VIP reception access, name recognition and other opportunities. Every dollar raised at Encore for Education is donated to helping Orange County’s youth, and a portion of the sponsorship is also tax deductible.