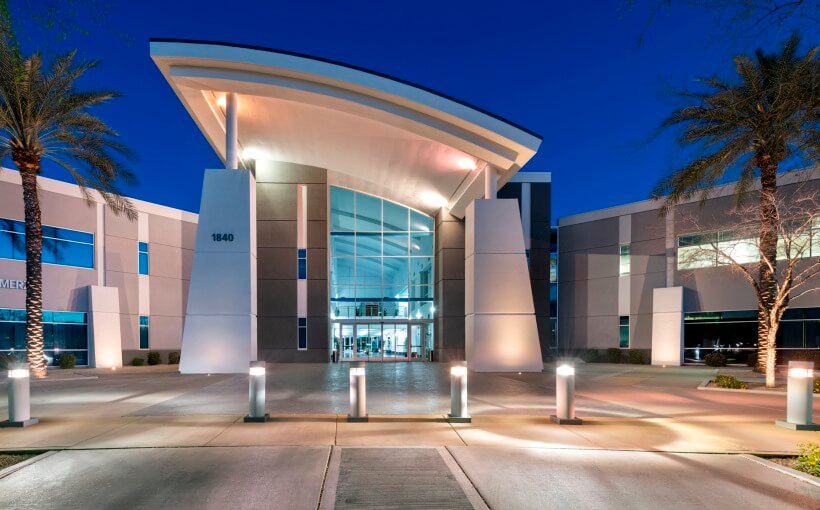 In a $37 million deal, Cypress Office Properties and Harbert Management Corp. have acquired The Arc, a 180,110-square-foot two-building office campus in Mesa, Ariz., from Buchanan Street Partners. Cushman & Wakefield handled the transaction on behalf of both parties.

The Arc I and II were 87 percent leased at the time of the transaction. Nearly 70 percent of the space was occupied by physicians and medical-related businesses, while the remainder of the tenant roster included law practices, an employment agency and a title loan provider.

The new owners plan to convert the property, formerly known as Stapley Corporate Center, to exclusive medical office use, as physicians are looking for off-campus work alternatives following the onset of the pandemic, Cushman & Wakefield Executive Director Chris Toci said in prepared remarks.

The Arc I and II sit on a 14-acre site at 1840 and 1910 S. Stapley Drive. Each building offers 90,967 square feet of rentable office space across two stories, with 45,483-square-foot floorplates. The campus features a parking ratio of roughly five spaces per 1,000 square feet.

The property is next to the extensive retail area south of Superstition Fareway, approximately 19 miles east of downtown Phoenix. Several hospitals, including Banner Desert Medical Center and Banner Gateway Surgery Center, are within 5 miles from the office buildings.

Despite a standstill at the start of the pandemic, the medical office market in Greater Phoenix has experienced a quick recovery, ending the first quarter of 2021 on a high note, according to a first quarter report by Colliers.